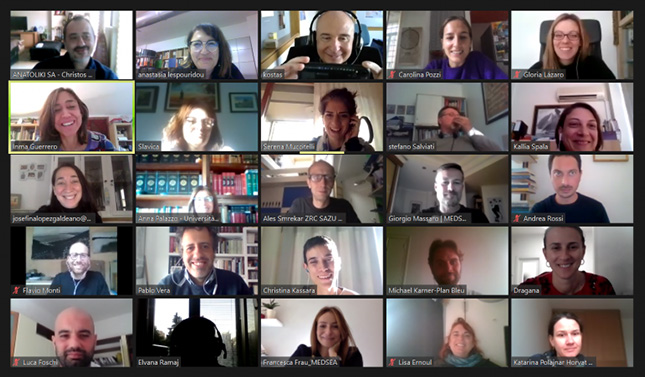 The 4th transnational steering committee meeting of the project TUNE UP “Promoting multilevel governance for tuning up biodiversity protection in marine areas” was successfully completed on Thursday 26th November 2020.

The TUNE UP project, in which twelve partners from seven countries of the Mediterranean region participate, is co-financed by the European Programme Interreg Med. Due to the covid19 pandemic, this transnational regular meeting which was originally scheduled to take place in Seville (Spain) was eventually held as a teleconference.

The meeting has organized by one of the Spanish project partners, FAMP (http://www.famp.es/es) and coordinated by the project lead partner, ANATOLIKI (http://www.anatoliki.gr/en/). The meeting was attended by all project partners as well as by the representatives of the Plan Bleu (https://planbleu.org/en/projects/med-biodiversity-protection-community/#). Plan Bleu is one the Regional Activity Centres of the Mediterranean Action Plan (MAP) of United Nations Environment Programme (UNEP). Plan Bleu actively assists the TUNE UP project to identify synergies with other Interreg Med projects (https://interreg-med.eu/) through networking activities, such as participation in events, exchange of project results etc.

Overall, the foreseen activities have been progressing with some delays due to the covid19 pandemic. For this reason, the project partnership reevaluated the planning for the next semester to make sure that all project objectives will be achieved successfully and in time.

All news
Back to top